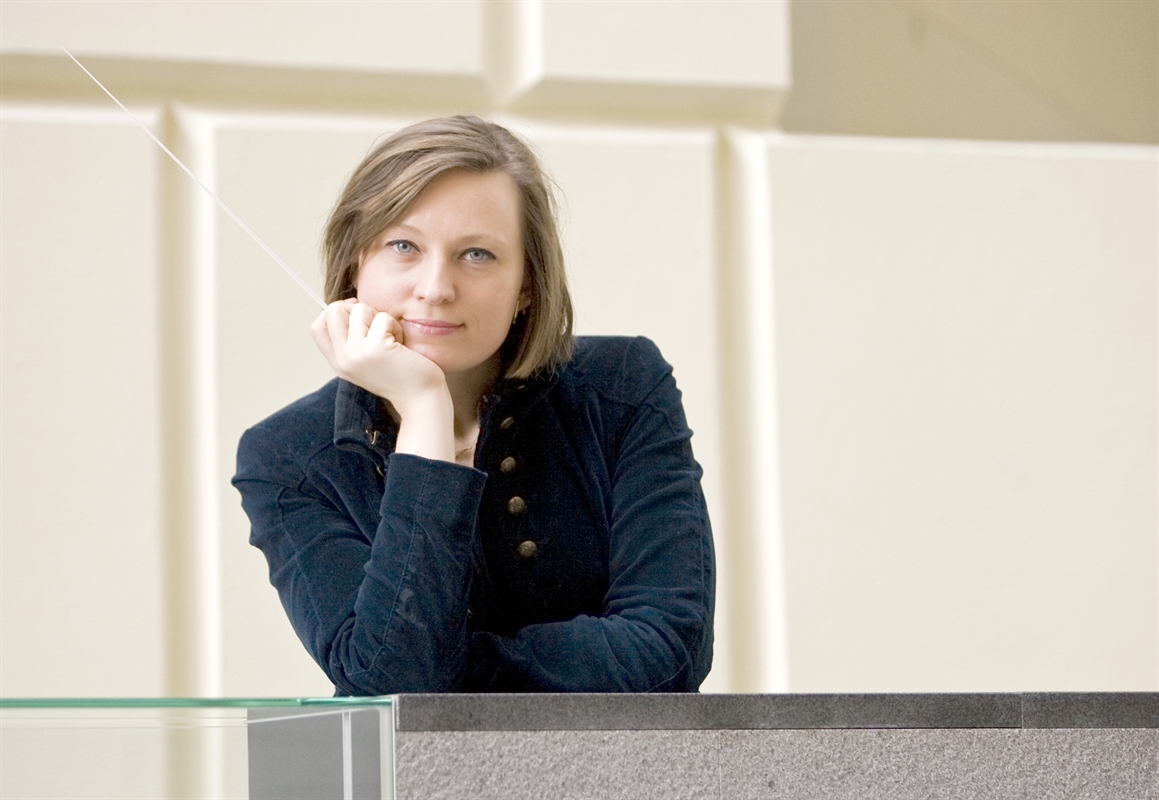 A truly sensational conductor. Technically flawless, she is perfect in building up tension, which she manages to sustain.

Born to be a conductor.

After her debut at the festival in Bad Kissingen, Anna Duczmal-Mróz was hailed sensational conductor by a German newspaper. [Anna] boasts a personality and willingness to look at a piece of music in her own individual and insightful way, wrote a “Rzeczpospolita” reviewer in his account of 7th International Grzegorz Fitelberg Competition for Conductors.

Daughter to the world-famous conductor Agnieszka Duczmal, Anna Duczmal-Mróz began her musical education as violinist. Her conducting talent was discovered during a student orchestra rehearsal at the Hochschule für Musik und Theater in Hanover (where she studied violin with Prof. Krzysztof Węgrzyn). Eiji Oue who conducted the ensemble, suggested that members of the orchestra take his place on the podium to lead the ensemble. Following this “competition”, Maestro Oue extended an invitation to Anna to study conducting with him (2001-2004). She graduated with honours in June 2004, and her diploma concert saw her conduct the NDR Radiophilharmonie Hannover. Four years earlier, she founded in Hanover a student orchestra, the Benjamin Britten Kammerorchester, with which she played concerts in Germany. Her interpretation of Stravinsky’s Soldier’s Tale was so successful that concert organizers repeated the event a few months later.

Since her debut in Poland with Amadeus Chamber Orchestra of Polish Radio in 2003, Anna Duczmal-Mróz has been regularly recording with the ensemble and conducting its concerts. In 2004 /2005 season she was assistant conductor to Eiji Oue at NDR-Radiophilharmonie, and after a series of auditions, between January 2006 and June 2007, she became assistant conductor to Antoni Wit at the National Philharmonic in Warsaw.

Anna Duczmal-Mróz has led orchestras in Germany, Italy, Belgium, France, Austria, Spain, Japan, Mexico and South America, and worked with all major ensembles in Poland, including the Warsaw Philharmonic, the Sinfonia Varsovia, NOSPR. Anna has conducted in such renowned concert halls, as the Wiener Konzerthaus Mozartsaal, the Gustav Mahler Saal in Toblach, the Max Littmann Saal in Bad Kissingen or the Palais des Beaux-Arts in Brussels, and performed at numerous leading festivals in Poland, Germany and South America. She has led concerts with such renowned soloists as Avi Avital, Daniel Hope, Georgij Osokins, Veriko Tchumburidze, Kirill Troussov, Ingilf Wunder or Wynton Marsalis and Jazz at Lincoln Center Orchestra.

Since 2009, Anna Duczmal-Mróz has been second conductor of the Amadeus Chamber Orchestra of Polish Radio, with which she regularly performs. Her recordings of Polish music have been released on several CDs, while concerts with the Amadeus have been broadcast by Polish Radio and Nord Deutsche Rundfunk. Collaboration with Capella Bydgostiensis has brought the release of 20th-Century Hits recorded and published under the auspices of Krzysztof Penderecki European Centre for Music.

In 2009, in collaboration with Toruń Symphony Orchestra and such illustrious pianists, as Ilya Scheps, Robert McDonald, or Andrzej Jasiński, Anna Duczmal-Mróz began her masterclass programme at Paderewski Piano Academy; since 2014, she has been giving conducting masterclasses and playing concerts in South America.

2015 saw the release of Works for Orchestra by Sebastian Krajewski, and Symphony no. 10 by Mieczysław Weinberg recorded by Anna with Amadeus Chamber Orchestra of Polish Radio for DUX and cpo respectively. In 2016, the latter was nominated for the award of Polish Phonographic Academy, the Fryderyk Prize, in the “Best Polish Album Abroad” category.

In 2018 she made her debut as an opera conductor (Maciej Małecki contemporary opera Awantura w Recco new productionin Opera Nova Bydgoszcz), described as “phenomenal Anna Duczmal-Mróz [who] with a perfect conducting gesture introduces to the music everything unreachable to write down, and the orchestra led by hands realizes all the ideas contained in the score fluently and at ease” (Kamila Poziomka “Ruch Muzyczny”). “Anna Duczmal-Mróz extracted the soul of this musical work, with a great mastery and unusual sensitivity” (Ilona Słojewska “Theater Journal”).

Anna Duczmal-Mróz has held a number of scholarships from the Ministry of Culture and Fine Arts.