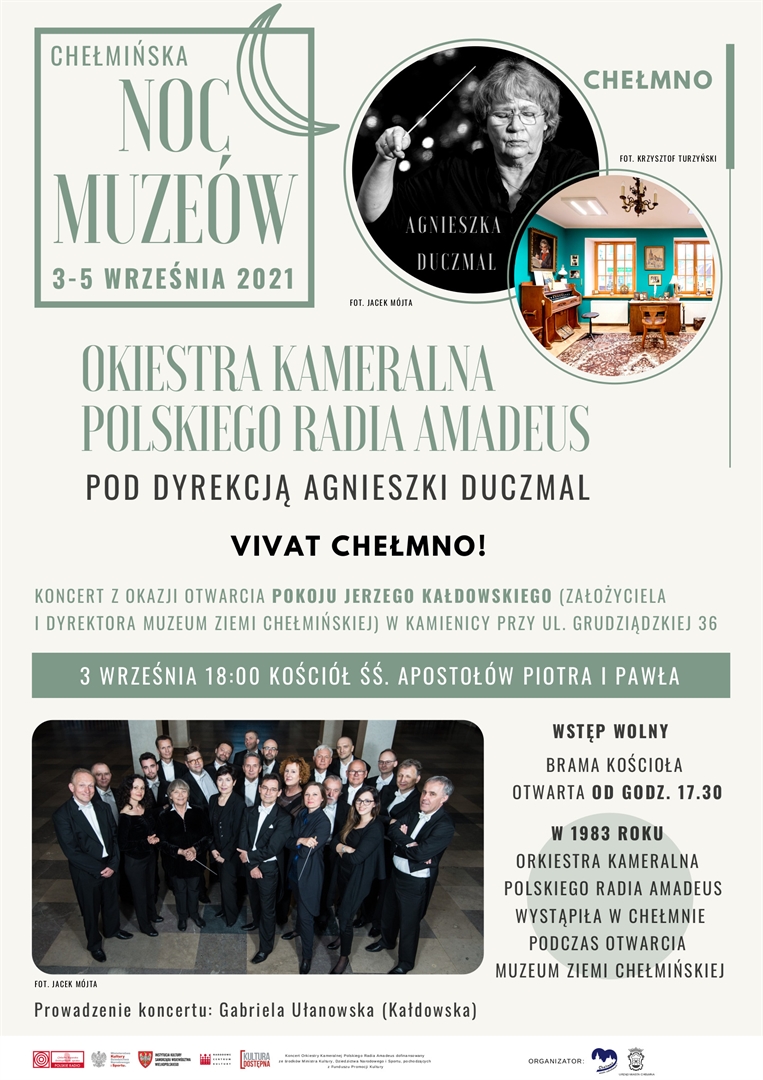 We'd like to invite you on September 3 at 6:00 p.m. for a concert by the Orchestra conducted by Agnieszka Duczmal at the Church of St. Apostles Peter and Paul in Chełmno. Folkowo in Classics is a project in which the melodic, rhythmic, sonic and harmonic features of the pieces were inspired by Polish folklore. The presence of themes, motifs and folklore inspirations in pieces of classical music influenced the beauty and aesthetics of these works. These works were often created in exile or in captivity, expressing the thoughts of composers and the general public. The concert in Chełmno will also mark the occasion of opening the room of Jerzy Kałdowski, the founder and director of the Museum of the Chełmno Land.

Place: Church of St. Apostles Peter and Paul in Chełmno

The concert was co-financed by the Minister of Culture, National Heritage and Sport from the Culture Promotion Fund.