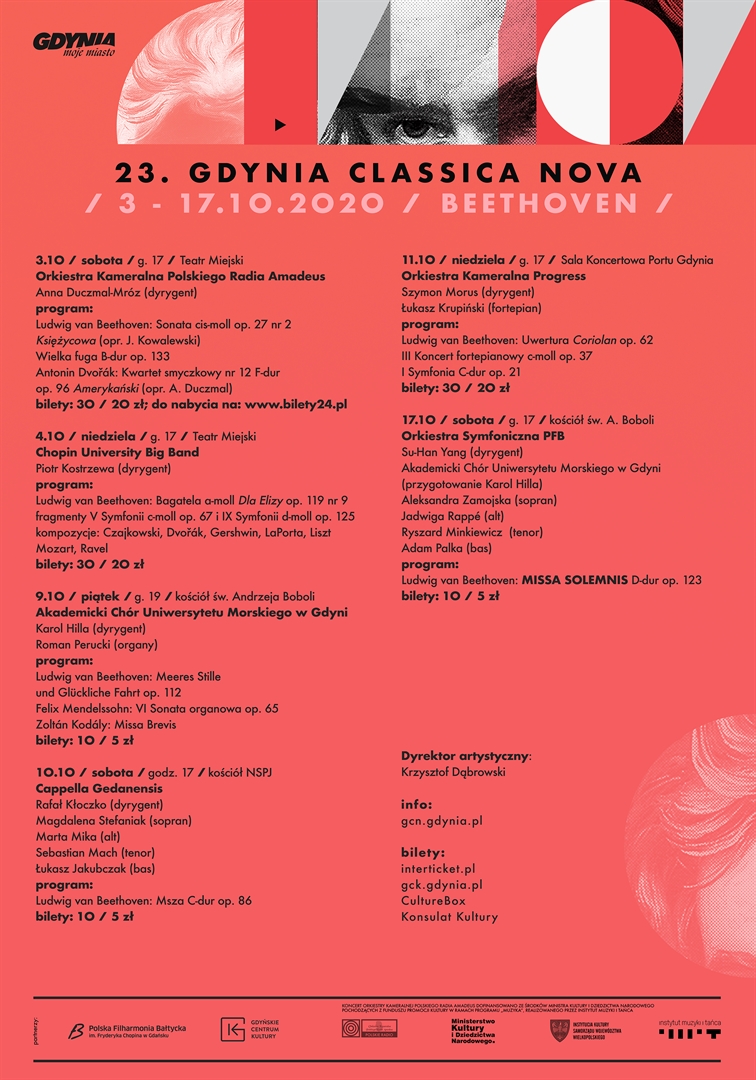 On October 3, 2020, at 5:00 p.m., we invite you to the Municipal Theater for the 23rd Gdynia Classica Nova Festival, during which masterful performances of Ludvig Van Beethoven's music will be heard. The orchestra conducted by Anna Duczmal-Mróz will inaugurate the next edition of the festival devoted to the music of this genius composer.

The concert was co-financed by the Minister of Culture and National Heritage from the Culture Promotion Fund as part of the "Music" program, implemented by the Institute of Music and Dance.